It’s obvious that the best source for unheard 1970’s and 1980’s music are unreleased songs and albums from old movies. Catherine Cherie is a Spanish/German coproduction flick from 1982. Typical 1980’s b-movie stuff but with super nice music by Austrian cult musician “Gerhard Heinz”.

Catherine Cherie soundtrack is totally flashing us at Private Records at the moment because when dubbing the master tapes a lot unknown songs showed up. All in all we come about 17 songs including 2-3 bonus songs. Many songs are very long for a soundtrack production and ranging between 3 to nearly 6 minutes! Including magic psychedelic, cosmic disco, instrumental beats, ambient, crazy Jazz drums (always a nice source for sampling), afro drums…

An outstanding highlight is a psychedelic instrumental version of the title track which is popping up for only a second in the movie and is really fresh and unheard (one of the nearly 6 minutes songs). And also the vocal version of the movie theme sung by Austrian singer Pippa Armstrong (member of famous Austrian band „Die Schmetterlinge“) is a very very dope Disco song.

Comes with poster insert, sticker + hq Bandcamp download code with a value of 14,95 € 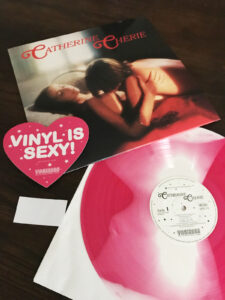 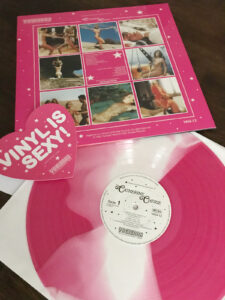