Get the vinyl limited edition  directly from Private Records now 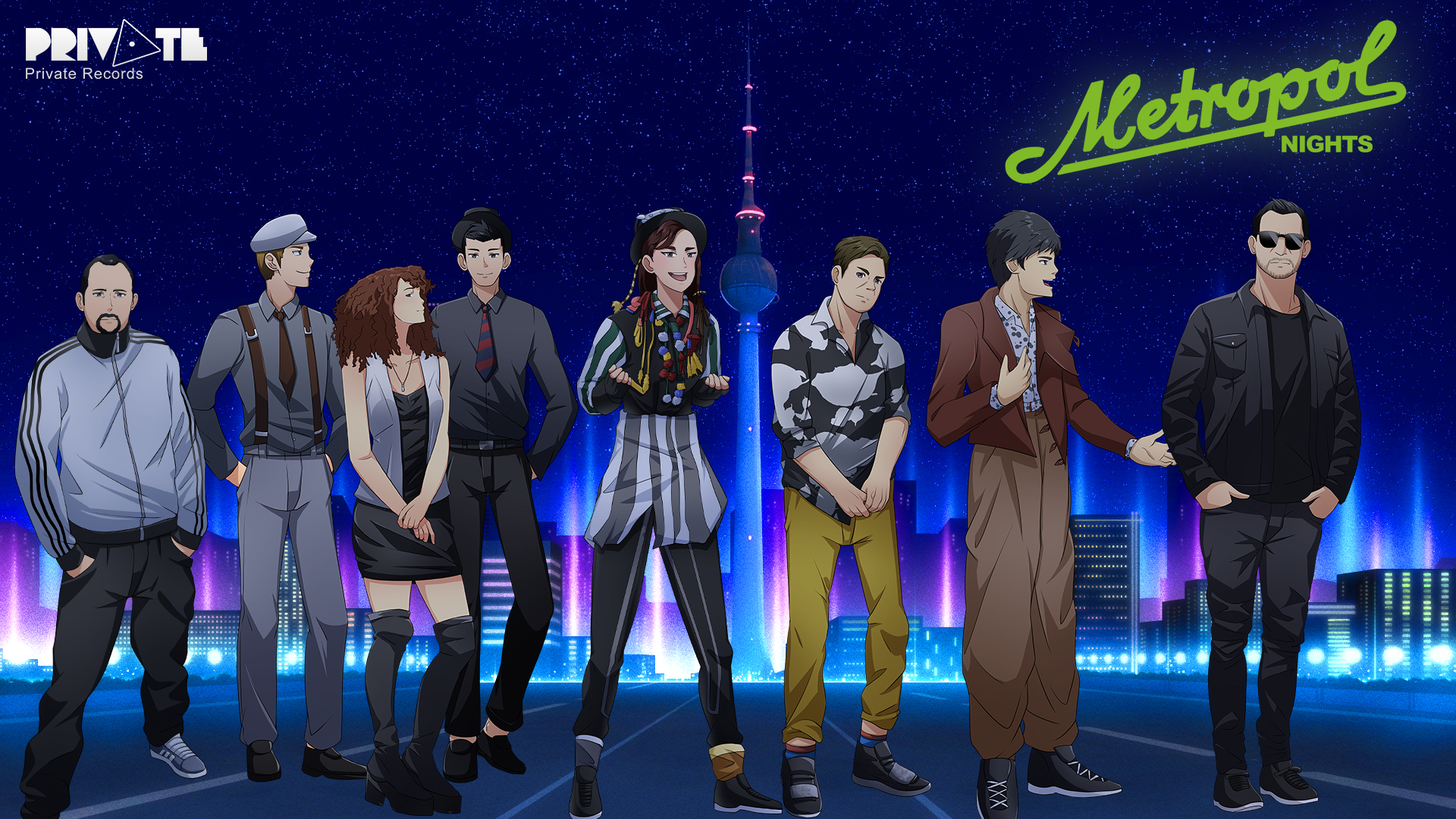 The list of the featured artists on this new Cosmic Italo Disco dream team album by Roland Sebastian Faber is impressive:

The West-Berlin based discotheque “Metropol” stood for excessive disco and party nights in the 80’s.
George Zampounidis (Moderator, DJ at Metropol in the 1980’s): “Metropol nights are legendary. The laser show at the Metropol was insane. It was the only large club in walled-in West Berlin that celebrated HiNRG & Disco-House so excessively before it became popular in the other, so-called scene clubs of the city. A true temple of dance. It was something like the STUDIO54 of Germany”.
–
Roland Sebastian Faber (RSF): “The Metropol was like my second home in the 80’s, I spent wild nights there because of the amazing music selection. I produced a metropol concept album to express the impression this club has made on me“
–
YouTube comment: “My neighbours loved the Metropol Nights songs so much they invited the cops to come over and listen to it”
–
Liz Bogdanova Art on Bandcamp: “The list of participants’ names is enough to send me to orgasm induced coma.”
–
Limited edition of 250 colored vinyls + Gatefoldcover + HQ download code.

Not less than 12 people worked on the production of the Metropol Nights product excluding the many persons involved into the promotion, recording and management. A real mammoth project which is owning a lot thanks to a lot people. Especially the work behind the scenes made this album possible. Special thanks going out to Thomas Thyssen and Fred Ventura who coordinated a part of the music production and set the right puzzle pieces at the right time, without this the release couldn’t get completed.

Thanks to all featured musicians, especially to Boy George for his extremely high engagement to get the release to the point aswell to RSF for sharing his idea of producing a Metropol concept album and realizing it.

Further Private Records thanks everybody who supported the project in any way – it is awesome to see who much passion you have for the sound of the 80’s!